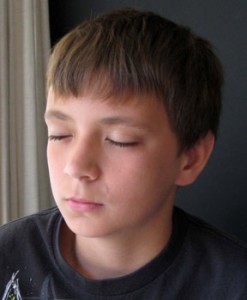 It will come as no surprise that your meditation results can be amplified exponentially when you practice with a group of like-minded people. But did you know that there’s information supporting an understanding of how large assemblies of meditation groups radiate a statistically measurable influence of harmony and progress into the surrounding environment?

In the past, the world view of classical physics was that the universe consisted of tiny sub-atomic particles: tiny, localized “balls” that structure the atoms which make up our world.

But in modern quantum field theory, it became necessary to replace this concept of the localized, classical particle with a completely unlocalized, universal, and nonmaterial field.

In the most recent supersymmetric superstring theories, in fact, all the elementary particles and forces are revealed as the various vibrational modes of one universal and nonmaterial field: the unified field – known technically as the heterotic superstring field.

This points us to a better view of a profound parallel between the intelligence in the human mind and the intelligence in nature. Nobel Laureate Eugene Wigner has often remarked on the “unreasonable efectiveness” of mathematics for describing the physical world. Mathematical formulas cognized within human awareness precisely describe the physical laws displayed in nature. This uncanny parallel between mind and nature moved Einstein to comment, “One may say that the eternal mystery of the world is its comprehensibility.”

It’s not necessary to be an advanced mathematician or physicist to experience this unified field of intelligence. As meditation helps the mind move naturally from the outer world to the increasingly refined inner levels of the thinking process, you begin to transcend thought, and the mind is left alone to experience its own inner nature, its pure intelligence or consciousness. This deep inner attunement brings so many documented benefits, including increased intelligence and creativity, reduced stress, improved health, and more satisfying relationships. They access the support of nature’s intelligence for their daily thought and activity.

So what if a meditation group decided to point their daily thought and activity, and especially their daily transcendence, toward a common goal? One would assume that, if consciousness is a field, then it should support field effects, i.e., producing an effect on the environment.

In fact, more than a dozen studies have now been published or presented which show that the radiating benefit from large assemblies manifests itself directly in a wide range of sociological data: reduced crime, reduced accidents, reduced hospital admissions, and reduced incidences of violence, including terrorism and warfare. Says Ved Nanda, Ph.D., director of the International Legal Studies Program at the University of Denver: “This is promising research. It is a non-traditional approach, but the methodology of these studies is sound and the statistical significance high. In a world as unstable as ours, I believe any approach with such consistent objective support deserves careful attention.” And Mark Novak, Ph.D., a sociologist at the University of Winnipeg, says, “If it only happened once or twice, you could argue coincidence. In these studies, it’s the continual correspondence over a long period that gets your attention.”

One study in particular documented the effects of meditation on preventing violent crime in Washington DC. This two-month experiment brought approximately 4,000 participants together to pool their meditation practices. Using time series analysis, data shows a “highly significant decrease” in violent crimes during the study period.

The statistics used in these studies are open, public data – crime rate, traffic fatalities, war deaths, and other such statistics. Any researcher can verify the results in a straightforward manner. Says Raymond Russ, Ph.D., editor of The Journal of Mind and Behavior, “When you can statistically control for as many variables as these studies do, it makes the results much more convincing.”

These findings are challenging, of course: the idea that consciousness can produce peace and harmony doesn’t conform with our usual understanding of the mind. But if consciousness now appears to work like every other fundamental field in nature, then it’s only a matter of time before our theoretical picture of consciousness gets updated.