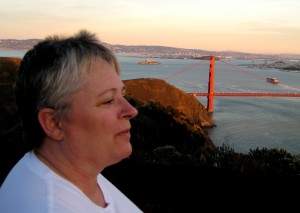 The impulse to “fight or flight” is one of the key identifiers that professionals use to diagnose Post-Traumatic Stress Disorder (PTSD), an ailment that is especially widespread among U.S. combat veterans who have served in Iraq and Afghanistan. PTSD can produce feelings of anxiety, impulsiveness, depression and fear and often goes untreated. Many veterans do not have the support to go through communal grief after their experience in the war zone, either because other troop members were killed or wounded or the men and women experienced PTSD after being released from service.

How widespread is PTSD among soldiers coming back to the U.S.?  According to the RAND Corporation, approximately 20 percent of returning veterans has symptoms of post-traumatic stress disorder. Reintegration and adapting to life at home can be major stress inducers, causing a feeling of isolation, despair and shame for thousands of men and women who have served in the armed forces. Coping with these feelings is sometimes treated with drugs or therapy but persons with PTSD often report that ongoing treatment is insufficient or non-existent.  And many would like to find something that they can do for themselves.

QuietPath meditation is a simple yet deeply effective way to heal the mind and body from the trauma caused by PTSD.

Many practitioners say they experience an inner peace that seems to alleviate their PTSD symptoms.  This meditation practice heals body, mind and spirit. Two 20-minute sessions a day lessens chronic anxiety and creates a sense of well-being and calmness.

Post-traumatic stress disorder does not have to go untreated. Vedic meditation offers proven strategies for helping sufferers of PTSD.